In the past weeks I have been thinking a little about what I actually want to do with the website. Talk about dating sites? Some gossip about Ukrainian women? While I was thinking about one and the other and digging for some sources I came across this weirdo who calls himself “Roosh V” (Daryush Valizadeh), who claims to have a Casanova lifestyle and to have a large experience flirting and getting girls all around the globe.  Roosh V, 34 years old, who was born on the “Flag Day”, is just the beginning of an awful introduction and invitation to join in the wagon of misogyny, and I will explain myself.

The blog is being running for several years now, and while looking for random posts I found some to be quality material: what to do and not to do to approach to a girl, what are some common mistakes of guys while flirting, etc… but other posts are simply rants of an 8 year old kid who cannot handle rejection (at the end of the post I will mention the most hilarious posts I found in my +-40 mins browsing his site).

I may have never met a girl from Toronto, or travel all the way to South America to try to get a girl every night, no, I am not that kind. But I don’t need to have traveled all around the globe to know one thing: women are not any longer willing to be cattle or mere objects to men. And that’s the way Roosh V sees the world. If he is unlucky to get a girl in a city, is because the women there suck; or the dumb idea of giving girls alcohol as a way to get to know them.

And there I was, reading all this misleading tips that won’t make you a desirable man, but just a disgusting punk until I found the finest of him: his section of books. With a large country guide called “Bang” (the title itself implies what are these guides about), dedicated to countries like Ukraine, Estonia, Latvia, etc… woah, seems like this American buddy knows a lot about European girls (and also Brazilians, Colombians and Argentinians. Well , this only made me feel like back in the Middle school, where kidos will be going completely nuts trying to proof who was more “man” than others.

My conclusion is this: yeah, for sure his tips could work, but following them will make you the 2nd most disgusting guy in the world and no chance on going for a serious relationship (the 1st place goes to him, for writing all that nonsense). His techniques consists in travelling to poor countries and trying his luck out of spending all his money (and which seems to not always work, in which case he will refer to the women as “Simple minded”).

And I know that by posting this I’m making some free publicity for him, but I don’t care, I am pointing out the fact that his guides are useless (If you go straight from here to there and buy one of his guides, I declare myself innocent of you wasting your money).

Aaaand, finally, my list of what were some of the worst posts I found (go ahead, read them, you will have a good time finding out how pathetic some guys can be).

Behold to the Casanova behind all this: 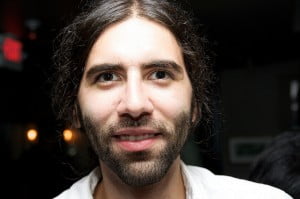 Score for this source: 1/5 (Hard to believe anything of what he says has been proved).

1 thought on “Roosh V: The wrong way of how to get girls”